Do You Remember These Drinks from the ’90s?
Popular 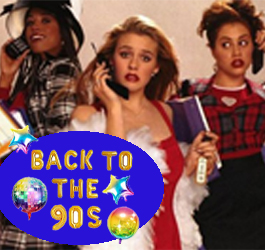 Do You Remember These Drinks from the ’90s?

Drinks from the 90s

The 90s were saturated with oddball Nickelodeon characters – Rugrats, Ren and Stimpy, Doug – noisy with the sound of raw guitar-heavy, grunge bands like Nirvana and Pearl Jam, and suffered an invasion of weird-looking, Japanese pocket monsters called Pokémon. The pre-Internet, post-hair band decade of the 1990s also gave us a multitude of tasty and not so tasty beverages we still drink, dream about or recoil at the thought of drinking again.

Prepare your taste buds for a blast from the past!

Wasn’t that a song by Donovan in the hippy-dippy ‘60s? Well, it was also a quasi-Mountain Dew drink produced by Coca-Cola in the ‘90s that gave new meaning to the term hyperactive. Full of highly addictive substances like sugar and caffeine, Mellow Yellow enjoyed instant hit status when it was featured in the popular 1990 movie “Days of Thunder.”

Why drink tap water that may contain traces of your next door neighbor’s antidepressants when you could drink water in a bottle and look cool doing it? Enter Aquafina, a beverage produced by Pepsi and sold as water purified by ozone sterilization, ultraviolet sterilization and reverse osmosis. At least we can Google those terms today.

It takes courage to market a beverage as a combination of beer, lime, lemon and alcohol and expect people to at least try it. Try we did, although we nixed the term “alcopop” for the slogan “zomething different.” Unfortunately, anyone trying to enjoy a buzz from drinking Zima found themselves sitting for hours and drinking bottle after bottle of Zima, only to discover that standing up is what it took to experience a Zima buzz.

Yes this was really one of the drinks from the 90s!  If you were a kid in the ‘90s enamored with Super Mario Bros. games, you’re probably licking your lips right now and saying, “Man, those were good!” Made by Shasta/Faygo, Super Mario Bros. Soda featured tantalizing flavors like Princess Toadstool Cherry, Luigi Berry, Yoshi Apple and Mario Punch, enhanced by tons of sugar from which your body is probably still recuperating.

Josta started the energy drinks in the 90s revolution while Jolt gave energy drinks a bad name. While Josta relied on the Brazilian guarana plant and caffeine to give its drinkers a much-needed rush of energy, Jolt infused its liquid with who-knows-what to keep ‘90s kids super-hyperactive and incredibly annoying the entire decade. Jolt also kept kids up all night so they could watch “Adult Swim” and send parents screaming into the night.

To counteract the influx of kid-oriented beverages that left adults nothing to drink except plain, old Coke or Pepsi, Fresca Black Cherry hit the market touting an “adult, citrus taste” that kids hated but adults savored. Twenty years later, Fresca Black Cherry still tastes refreshingly, deliciously mature and is now a favorite of ‘90s kids!  This is still a great drink in today's day but was first introduced as one of the most popular drinks from the 90s.

Old Drinks From The ’90s: Available at Beverage Universe

You’ll find all your favorite ‘90s drinks here at Beverage Universe, the biggest and best beverage company in the world.